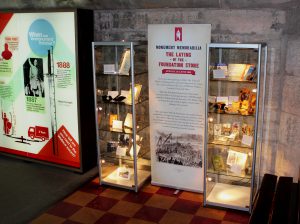 To find out more about the Wallace Monument and the exhibition see http://www.nationalwallacemonument.com/the-monument/building-the-monument/

If you visit, remember that it’s on the third floor, reached by a narrow spiral staircase – wear sensible shoes!

CategoriesNews and events Our collections